Some Upcoming Runs, Marathons, and Half-Marathons

Check it out! Attend with… Confirm your email

If you’re a keen runner, then taking part in a marathon can be a real challenge, bringing with it a colossal - and well deserved - feeling of achievement. It goes without saying that prep for these, sometimes gruelling, courses, must be undertaken beforehand. This means a regular schedule of runs, stretching, dietary care, and associated fitness program. 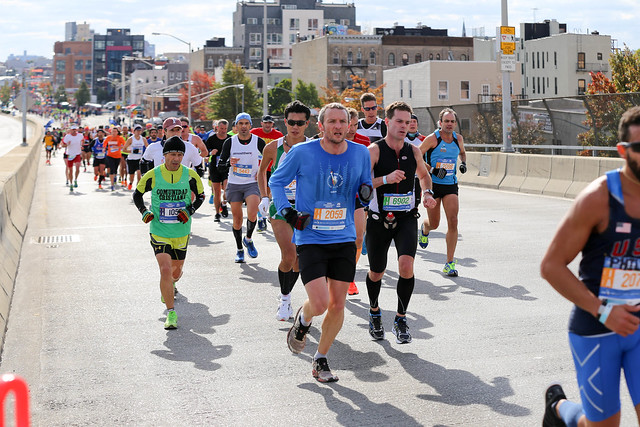 Wearing the right clothing and footwear; carrying water and eating enough calories; and warming the muscles up, are all vitally important. Resting properly is also paramount. You might want to consider booking one of the many dayuse hotels via daybreakhotels.com in the vicinity of your race. It will allow you to rest up beforehand, if you’ve travelled in; and it can be a real boon afterwards, when you’re exhausted, covered in sweat, and suffering from a blister or two. A shower and a nap can be just the ticket at that time. Whatever your approach to this most arduous, and adrenaline-fuelled, activity, it’s extremely important that you select the right race for your level of ability. Here, then, are some runs coming up this fall and as we head into winter. Enjoy!

A mighty half marathon which ‘infuses’ the course with music, bands, and live entertainment along the way! The run also takes in some of Philadelphia’s most iconic landmarks.

This has a series of race options including a ‘virtual run’ for those unable (or unwilling!) to run the 1K, 5K, or 10K on offer.

These two races are actually part of a race series, so there is something here for every experience of runner. The Cordelle 5K is the shortest course, followed by an 8K, and then these.

This sweet little race is so much fun, and includes free souvenir glasses, a personalised running bib, and access to an after-run party featuring family activities, inflatables, music and entertainment.

A 5K race with a ‘day of the dead’ theme. Live mariachi bands will play as you race, along with traditional folk dancers, and there will be a feast of Latin American / Mexican food and music to enjoy afterwards.

A unique course along the Greenaway waterfront in New York, with views of the iconic skyline, Brooklyn Bridge, and more.

This is exactly what you would expect - a riot of color. Colors are pelted and plastered everywhere as you run this cute little 5K around the city, a little like the Indian ‘color festival’ known as Holi.

Tell others about this event

An event page by Sylvie Smit

Made with love in London

We ask for your email address so that we and the attendees have a way of contacting you.